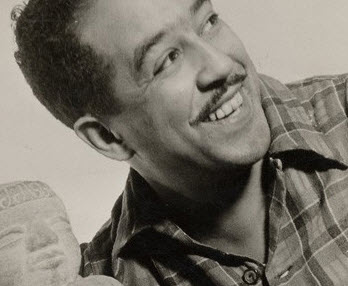 Langston Hughes was first recognized as an important literary figure during the 1920s, a period known as the "Harlem Renaissance" because of the number of emerging black writers. Du Bose Heyward wrote in the New York Herald Tribune in 1926: "Langston Hughes, although only twenty-four years old, is already conspicuous in the group of Negro intellectuals who are dignifying Harlem with a genuine art life. . . . It is, however, as an individual poet, not as a member of a new and interesting literary group, or as a spokesman for a race that Langston Hughes must stand or fall. . . . Always intensely subjective, passionate, keenly sensitive to beauty and possessed of an unfaltering musical sense, Langston Hughes has given us a 'first book' that marks the opening of a career well worth watching." Despite Heyward's statement, much of Hughes's early work was roundly criticized by many black intellectuals for portraying what they thought to be an unattractive view of black life. In his autobiographical The Big Sea, Hughes commented: "Fine Clothes to the Jew was well received by the literary magazines and the white press, but the Negro critics did not like it at all. The Pittsburgh Courier ran a big headline across the top of the page, LANGSTON HUGHES' BOOK OF POEMS TRASH. The headline in the New York Amsterdam News was LANGSTON HUGHES—THE SEWER DWELLER. The Chicago Whip characterized me as 'the poet low-rate of Harlem.' Others called the book a disgrace to the race, a return to the dialect tradition, and a parading of all our racial defects before the public. . . . The Negro critics and many of the intellectuals were very sensitive about their race in books. (And still are.) In anything that white people were likely to read, they wanted to put their best foot forward, their politely polished and cultural foot—and only that foot."

BY LANGSTON HUGHES
I’m all alone in this world, she said,
Ain’t got nobody to share my bed,
Ain’t got nobody to hold my hand—
The truth of the matter’s
I ain’t got no man.
Big Boy opened his mouth and said,
Trouble with you is
You ain’t got no head!
If you had a head and used your mind
You could have me with you
All the time.
She answered, Babe, what must I do?
He said, Share your bed—
And your money, too.