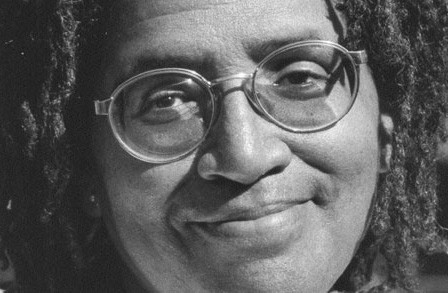 "A self-described “black, lesbian, mother, warrior, poet,” Audre Lorde dedicated both her life and her creative talent to confronting and addressing the injustices of racism, sexism, and homophobia. Her poetry, and “indeed all of her writing,” according to contributor Joan Martin in Black Women Writers (1950-1980): A Critical Evaluation, "rings with passion, sincerity, perception, and depth of feeling.”

Concerned with modern society’s tendency to categorize groups of people, Lorde fought the marginalization of such categories as “lesbian” and “black woman,” thereby empowering her readers to react to the prejudice in their own lives. While the widespread critical acclaim bestowed upon Lorde for dealing with lesbian topics made her a target of those opposed to her radical agenda, she continued, undaunted, to express her individuality, refusing to be silenced. Fighting a battle with cancer that she documented in her highly acclaimed Cancer Journals (1980), Lorde died of the illness in 1992." from Poetry Foundation

Is the total black, being spoken

From the earth's inside.

There are many kinds of open.

How a diamond comes into a knot of flame

How a sound comes into a word, coloured

By who pays what for speaking.

Some words are open

Singing out within the crash of passing sun

In a perforated book—buy and sign and tear apart—

And come whatever wills all chances

An ill-pulled tooth with a ragged edge.

Some words live in my throat

To explode through my lips

Love is a word another kind of open—

As a diamond comes into a knot of flame

I am black because I come from the earth's inside

Take my word for jewel in your open light.